Do you like ‘Marmite’? – are broken patterned irises for you? Read on……

The introduction and background to the Story 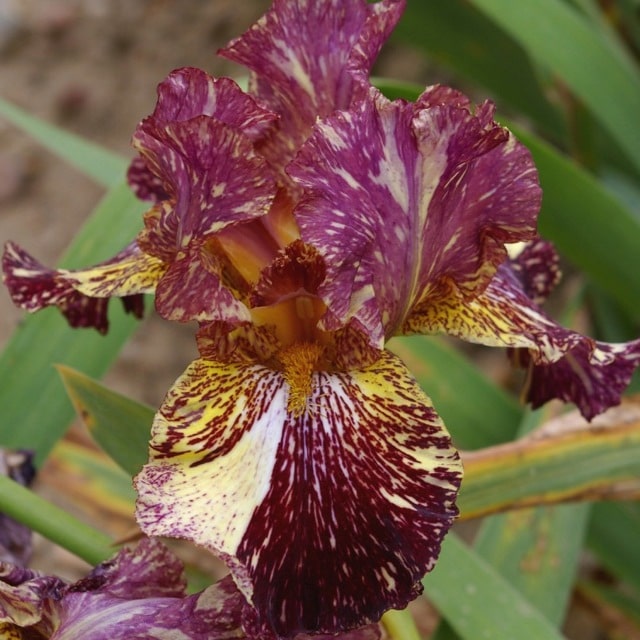 In the United Kingdom and Europe the term broken pattern iris is used to describe those varieties of bearded iris that display irregular colour patterns on their flowers. This effect is the result of a genetic changeableness in the variety and creates a visual appearance equal to the accidental flicking of paint onto canvas. This pattern is NOT repeated the following season but is the subject of subtle changes and therefore the gardener can expect a “new” appearance every year. The United States of America uses the term “broken colors” for this effect. 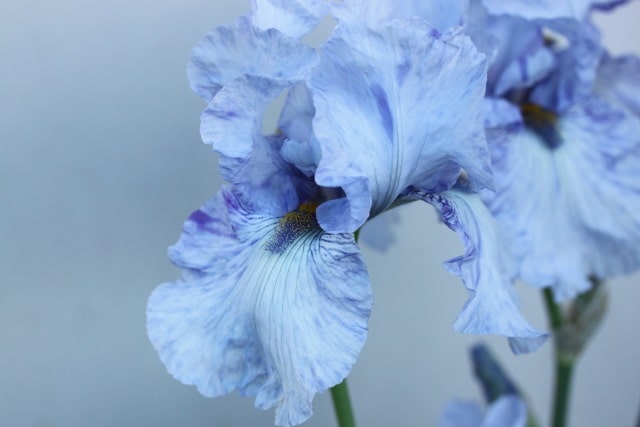 In this introductory article I will provide a brief history of this form of bearded iris, together with some images of those individual varieties which you are most likely to see in this country. The heading I have used for this article deliberately links broken pattern iris to ‘Marmite’. I anticipate that when looking at the images the reader reaction, just as with Marmite, will range from one of fascination/ interest or disappointment and determination that such an iris will not ‘darken the doorstep’ of your garden. 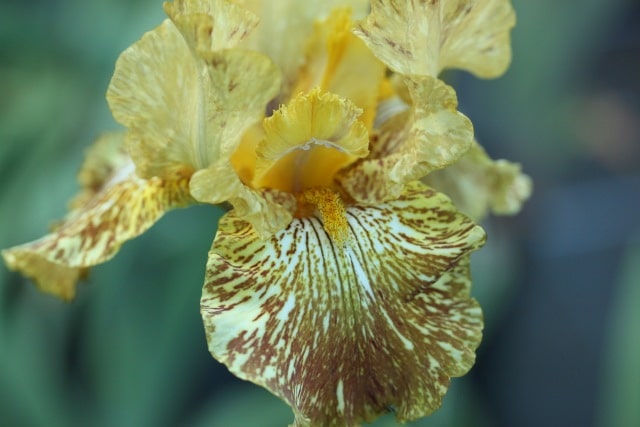 The first point to make is that broken pattern iris is NOT a modern breeding creation. Indeed one of the earliest recorded references to this form was in the mid-19th century. An iris named ‘Victoire Lemon’ is recorded to have been bred in the 1840s. This variety is attributed to the French breeder Lemon and named after his mother. It was subsequently renamed in the United States as ‘Victorine’ and is still grown in that country. There are a number of other examples of broken pattern varieties of that period, possibly attributable to Lemon, for example ‘Honorabile’ (Jean-Nicolas Lemon 1840), which was also exported to the USA. 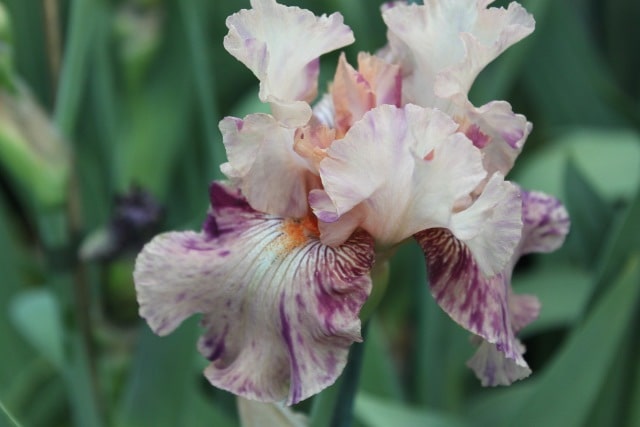 The development of breeding (hybridising) on a significant scale did not really take off in Europe and North America until the start of the 20th century. The industrialisation and urbanisation of these societies saw the rapid development of homes with gardens. This created the environment within which interest in plants ceased to be the sole preserve of the landed gentry and public spaces/parks. In the case of the United Kingdom and Europe plant nurseries were quickly established within and on the edges of the main urban conurbations. The South East of England, particularly Kent, became the home for many such individual nurseries, a large number of which still survive albeit renamed and often part of larger regional or national brand names. 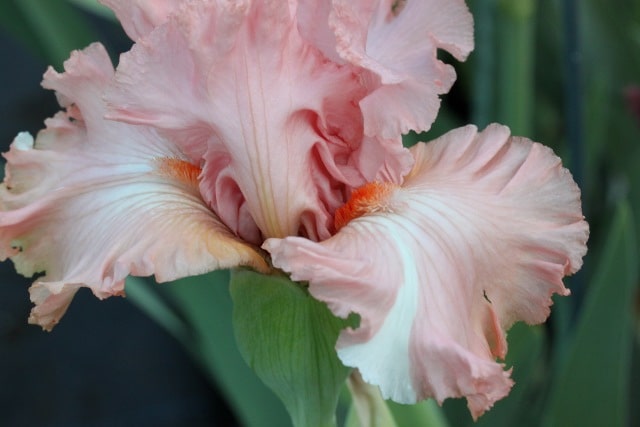 This development created an environment which saw the demand for new plants which continues to this day. In the case of the iris family hybridisation was particularly strong in the United Kingdom, France, Germany and the United States of America. The story about the French and the British revolution in the creation of new iris is to be told in the future. This article, because it is about “broken patterns” is really about the United States. It is the USA that holds centre stage for this tale.

The United States of America and its trailblazing role

During the first three decades of the 20th century there were a number of examples of broken pattern varieties that became commercially available. The name of A.B.Katamier is of particular importance for his work in the 1920s. He is famous in the iris world for introducing ‘Kaleidoscope’ (1929 – Miniature Tall Bearded) and ‘Joseph’s Coat-Katkamier’ (1930 – Miniature Tall Bearded). It is believed by many experts that these two are related to ‘Sans Souci‘ (see above) but there is a complex debate about the parenthood that is best left for another day. However the key point to note is that both varieties are still commercially available because, when in bloom, they have striking variations in patterns and when grown as groups create a display which is breath taking (warning – remember if you like do not like ‘Marmite’ you may not be impressed by the display!!!!). 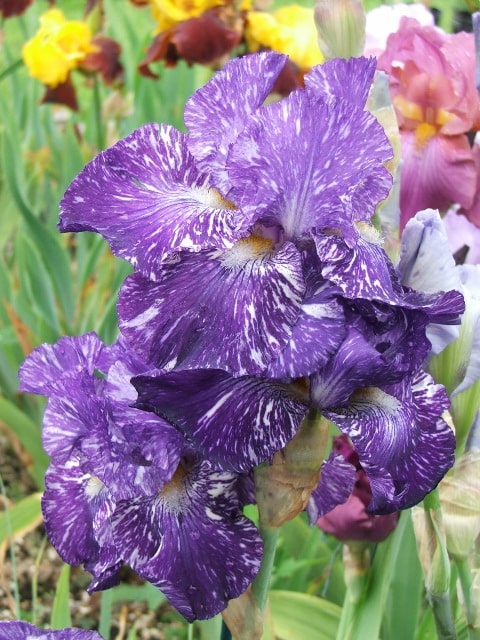 Progress continued to be made in the USA with broken patterns although there was little sign of these varieties proving popular in Europe/UK until the second half of the 20th century. In the USA perhaps the most significant breakthrough was the introduction of the border bearded iris ‘Batik’ in 1986. The breeder, Allan Ensminger, was awarded the Knowlton Medal in 1992 for this iris. This is a very prestigious award given by the American Iris Society. In many ways this iris has set the benchmark for modern broken pattern iris and is very popular both in the USA and in Europe.

In the USA the introduction of this ground breaking iris created significant interest in broken patterns and directly motivated other iris breeders because of its commercial potential. Step forward Brad Kasperek and his iris nursery Zebra Gardens. Kasperek has focused on broken patterns since the 1990s and has introduced a wide range multicolour varieties that have proven popular in Europe/UK. There are too many to list and in many ways images of a sample perhaps can best express the range now available. 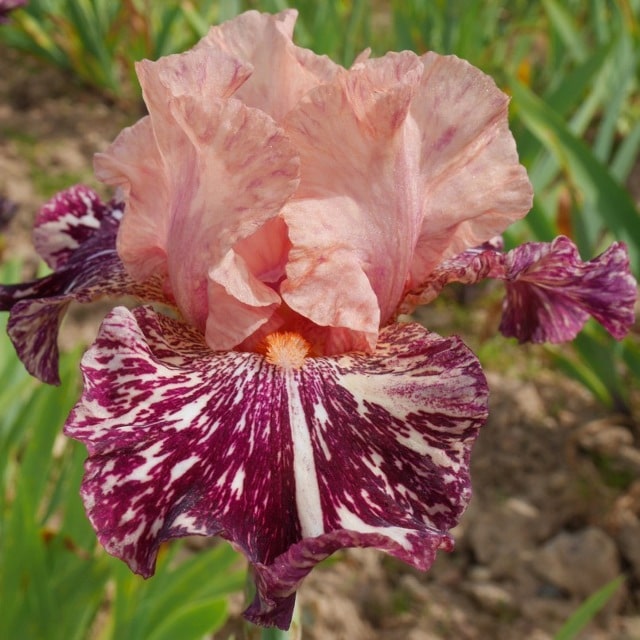 What of the Future?

There is no doubt that the scale of breeding in the USA cannot be matched elsewhere in the world. Iris breeders in Europe/UK have not yet taken up the challenge to match the quality of broken patterns. However the good news is that there is interest from amateur breeders in the UK and it is just possible that a new variety created in the UK will result in the British public falling in love with ‘Marmite’!!!!! 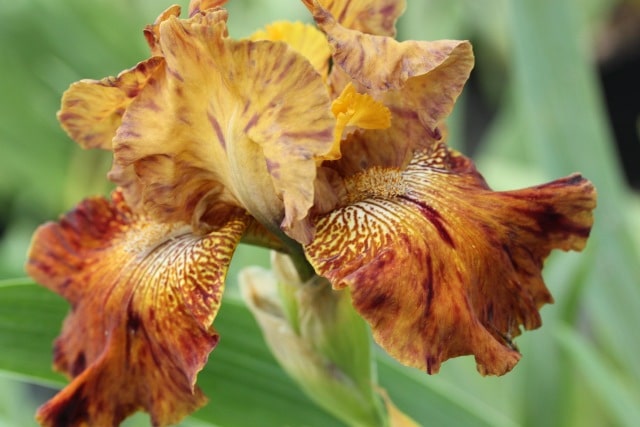 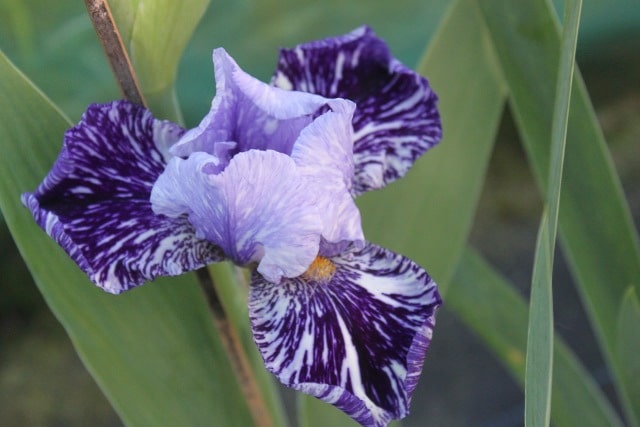 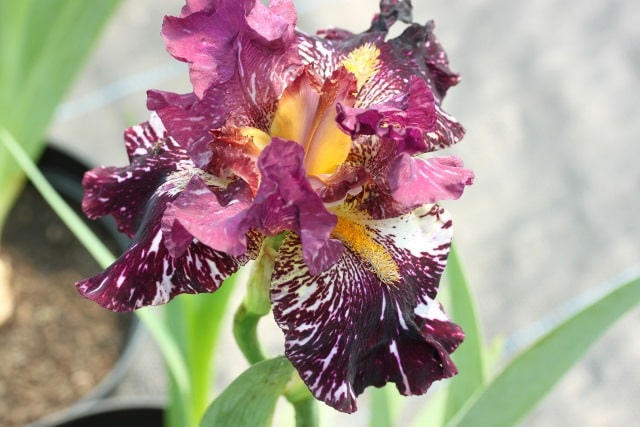 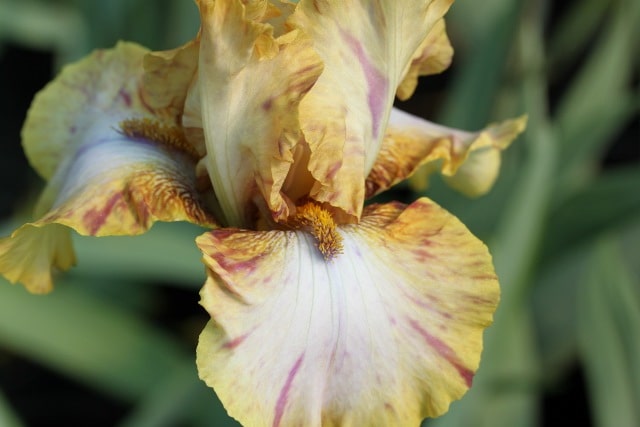 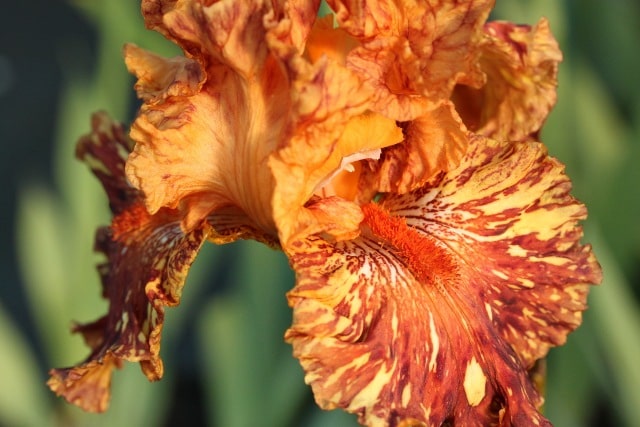